Evliya Çelebi was born in Istanbul in 1611 to a wealthy family from Kütahya.[2] Both his parents were attached to the Ottoman court, his father, Derviş Mehmed Zilli, as a jeweller, and his mother as an Abkhazian relation of the grand vizier Melek Ahmed Pasha.[3] In his book, Evliya Çelebi traces his paternal genealogy back to Khoja Akhmet Yassawi, an early Sufi mystic.[4] Evliya Çelebi received a court education from the Imperial ulama (scholars).[5] He may have joined the Gulshani Sufi order, as he shows an intimate knowledge of their khanqah in Cairo, and a graffito exists in which he referred to himself as Evliya-yı Gülşenî (“Evliya of the Gülşenî”).[citation needed]

A devout Muslim opposed to fanaticism, Evliya could recite the Quran from memory and joked freely about Islam. Though employed as clergy and entertainer in the Imperial Court of Sultan Murad IV Evliya refused employment that would keep him from travelling.[5][6] Çelebi had studied vocal and instrumental music as a pupil of a renowned Khalwati dervish by the name of ‘Umar Gulshani, and his music gifts earned him much favor at the Imperial Palace impressing even the chief musician Amir Guna. He was also trained in the theory of music called ilm al-musiqi. [6]

His journal writing began in Istanbul, taking notes on buildings, markets, customs and culture, and in 1640 it was extended with accounts of his travels beyond the confines of the city. The collected notes of his travels form a ten-volume work called the Seyahatname (“Travelogue”). Departing from the Ottoman literary convention of the time, he wrote in a mixture of vernacular and high Turkish, with the effect that the Seyahatname has remained a popular and accessible reference work about life in the Ottoman Empire in the 17th century,[citation needed] including two chapters on musical instruments.[6] 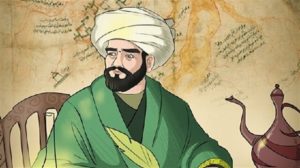